My first Fictional MBTI post was about Loki, and though it wasn’t the most complete or polished post it quickly became the most active in terms of comments. Even now, over a year and a half later, people are still posting new insights and observations on Loki’s character. And when the latest comments are more in-depth than the original post, it’s time for an update.

Quick note: my typing for Loki is wholly based on the Marvel Cinematic Universe, not on the comics or on Norse mythology. Loki is a controversial figure to type (as those 40 commends on the last post can attest), and his instability further complicates things. Also, I suspect Tom Hiddleston is an NF type, which would color his depiction of Loki.

The letters “INFJ” stand for Introvert, iNtuitive, Feeling and Judging. This means INFJs lead with a function called Introverted Intuition (called “Perspectives” in the Personality Hacker system). Introverted Intuition is a perceiving function that takes in and processes information, and is particularly interested in things that can’t be directly experienced. Intuition is great at pattern recognition and extrapolating future possibilities, and I’ve never seen anyone argue Loki is not an Intuitive. 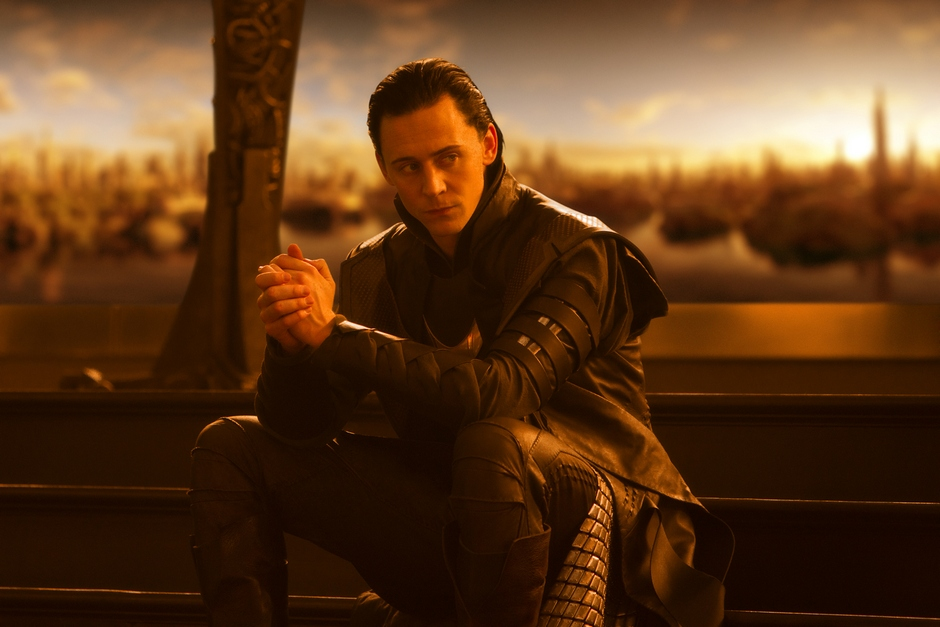 In INFJs, Introverted Intuition is supported by the decision-making function Extroverted Feeling (or “Harmony”). Types that use Extroverted Feeling are extremely good at reading people, and many INFJs say they can literally feel other peoples emotions. Typically, this results in a type that will avoid conflict at any cost because they don’t want to hurt people and because interpersonal tension hurts them as much as it does anyone else (contrary to popular belief, INFJs can be quite selfish). Loki has been avoiding conflict for most of his life — we just see him when he reaches the snapping point. You can see Loki’s Feeling side when he’s manipulating people (this comes easily for types that understand emotions and motivations), when he’s interacting with his mother, and in several scenes with Thor.

Speaking of manipulation, it is here that we see Loki fit David Keirsey’s description of INFJs as “The Counselor.” Loki gets power by counseling other people in ways that prompt them to play into his plans. His counsel sends Thor to Jotunheim, cripples Thor with guilt and strands him on earth, subverts The Avengers for a while, directs Malekith’s Kursed lieutenant, sets-up the circumstances allowing him to fake his death, and encourages Thor at the end of Dark World to feel comfortable moving to earth. Loki is frequently typed as an ENTP or ENTJ because of his more theatrical, trickster side and his portrayal in the comics (just for reference, Magneto is an example of an ENTJ villain), but I think in the films that’s a show Loki puts on when it suits him. At his core, he’s much more subtle and would rather control from behind the scenes to a certain extent and use people as puppets instead of leading out in the open.

INFJs who are stressed can effectively “turn-off” their compassion for a while and move to their inferior thinking function, and it’s not pretty when that happens. Introverted Thinking (or “Accuracy”) is an INFJ’s tertiary function, and provides a logical core that can make impersonal decisions. It’s still a subjective function, and is concerned about what makes sense to the individual, rather than with making sense to anyone else. If Loki can explain his actions to himself, he doesn’t feel the need to explain them to anyone else. That’s how INFJs think when they reach a point where they don’t care anymore (though even then there’s still a deep, central part of themselves that desperately wants human connection and affirmation).

Extroverted Sensing (or “Sensation”) is an INFJ’s inferior function. It’s the one we use least effectively, but also the one we end up spending the most time in when we’re stressed. This is where Loki lives for most of the movies.

Everything Loki does as an adult is informed by his childhood, which we have very little information about. From the first Thor film, we see that Odin told Thor and Loki, “Only one of you can ascend to the throne. But both of you were born to be kings!” Loki was pushed toward learning to rule, but then he was told he could never fill that role no matter how hard he tried. From Thor: The Dark World we know Freya was the one who trained him in magic, which is a much more INFJ-type weapon, but that still didn’t give him the approval he desperately craved from his father Odin.

Normally as a maturing INFJ, you develop your primary function Introverted Intuition first, become comfortable with your secondary Extroverted Feeling function as you become a teenager, start using tertiary Introverted Thinking in your late 20s or early 30s, then maybe you start exploring inferior Extroverted Sensing in midlife. All those functions are there the whole time, but you don’t develop them equally and in the case of Extroverted Sensing you might only notice it when you’re stressed. You never use your inferior, or even your tertiary function, as effectively as your primary and secondary functions.

Now, imagine you’re a young INFJ boy growing up with an ESTP brother (this is Thor’s type – click here to read about him). ESTPs use the same functions, but in the exact opposite order. So you see your brother being praised for exercising Extroverted Sensing, supported by Introverted Thinking. You probably hear, “Why aren’t you more like Thor?” all the time. Loki has been living with his stress function held up as a paragon. On top of that, he’s a Feeling boy who probably identifies with his mother more than the men in a world that prizes more traditionally masculine traits. Loki knows he isn’t what his father hopes for in a son, but INFJs are good at imitating other types and he tries to make Odin proud. This goes on for years, until Loki learns that the person he’s been trying to be his entire life isn’t good enough because no matter what he does, Odin “could never have a frost giant sitting on the throne of Asgard.”

If Loki is an INFJ, then the only times he really has a chance to use his dominant functions are when he’s using his Intuitive grasp of abstract concepts to dream-up complex plots and solutions to problems and wield magic, and when he’s using Extroverted Feeling to manipulate people. Otherwise, he spends his time first trying to win Odin’s approval by being like Thor, then lashing out at the people who hurt him while trying to discover who he is now that he’s no longer Odin’s son. That, on top of the huge amounts of stress he’s under in the films, means INFJ Loki spends most of this time in the grip of his inferior Extroverted Sensing function.

One of the questions asked by a commenter on the previous Loki post was this: “can you see yourselves (as INFJs presumably) carrying on a constant fight with everyone around you for the majority of your existence? And all so you can continue your life as their master and ruler?” While I couldn’t say “yes” to this exactly how it is phrased, I can say that as an INFJ, I will fight for the right to be my authentic self, especially if I feel like I’ve been stifled. I will turn into someone people don’t expect when I reach the end of my rope, and if I’m stressed and feeling out of control I don’t shy away from conflict like INFJs typically do. My goal isn’t to continue life as “master and ruler,” but I desperately need to restore order to my world and if that means taking control, then that’s what I want to do.

The Avengers is probably the film where Loki seems least like an INFJ, but this is also the film where he’s dealing with the most stress. The last thing he heard before falling into the destroyed Bifrost was Odin voicing disappointment in him, then he is captured and presumably tortured by Thanos.

“Loki disappears through that wormhole of space and time, when the Bifrost is destroyed, and he kind of goes through the Seventh Circle of Hell. And he’s on his own. He’s on his own in the dark corners of the universe, and the journey he goes on is pretty horrible. It’s like getting lost in the rainforest or something. You’re going to come out the other side a bit mangled on the outside, and on the inside.” — quote from an interview with Tom Hiddleston

Naomi Quenk’s book Was That Really Me? includes information about what she calls “lengthy episodes in the grip.” Usually, we experience our inferior function for short periods of time when we’re stressed. If you spend months or years working out of this function, though, bad things happen. For INFJs, she says it looks like this:

Obsessiveness about details in the form of micromanaging others both at work and at home may cause great distress to other people in these environments. “Irrational” accusations by INFJ can alienate others, causing them to avoid the person or attempt to remove him or her from a position of authority. Family members of an INFJ in a chronic grip state may be unable to find ways to sidestep the ready anger and criticism expressed by their loved one. Co-workers are likely to be similarly at a loss. …

Chronic grip behaviour may lead the individual and others to believe that fierce anger, excessive control of others and the immediate world, and distrust that approaches paranoia are a part of the natural makeup of the INFJ, and that the person has always been that way. Since the process of becoming chronically in the grip is often gradual, even people who have known the person in a non-stressed state are likely not to notice what, in retrospect, will be recognized as a radical alteration of personality. The person will appear to be a rather exaggerated, poorly developed, and distorted version of an Extraverted Sensing type. (Quenk, Was That Really Me? page 202)

Interestingly, the latest comment on my previous Loki post states, “Loki pre-snap seems quiet and very introverted, but afterwards seems to become a twisted version of Thor: self-centered, narcissistic, showy, entitled to power at the expense of others, and merciless in conquest.” This is pretty much exactly what Quenk says of INFJs looking like a “distorted version of an Extraverted Sensing type,” which is what Thor is as an ESTP.

When you take into consideration his background and the fact that he’s operating out of his inferior function for most of the films, the objections against typing the MCU’s Loki as an INFJ don’t carry nearly as much weight. Loki doesn’t look like a stereotypical INFJ, but he does act like an INFJ who’s been stressed to the breaking point.