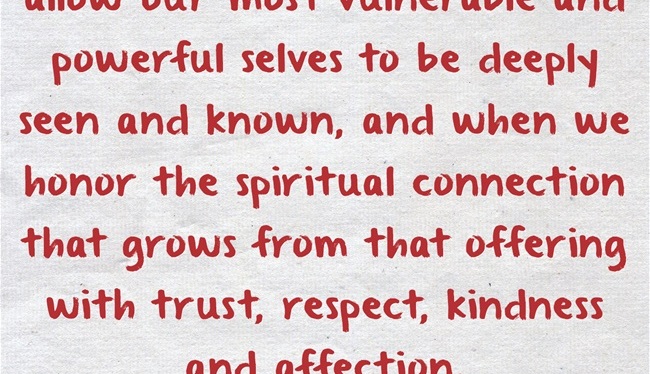 This week, I was reading someone’s comments on a young lady’s question about her increasingly physical relationship with her boyfriend when I ran into a phrase that always makes me twitch. The commenter suggested breaking up with the boyfriend immediately, then said, “Do not get attached to any boy until you are ready to have a serious relationship.”

Now, that might be good advice in this specific case (since the girl was 16 and had only been dating the guy for 3 months). But in Christian circles, the idea of not getting attached to anyone until you’re ready to get married has been painted with a wide brush across a whole range of situations. It’s often treated as a sure solution to avoiding heartbreak and keeping yourself “pure” for God.

I first heard this advice in courtship circles, where young people are advised to avoid developing feelings for someone of the opposite sex and just be friends until they reach a point where they want to get married. Then, in theory, you can start courting one of these friends and explore the possibility of marriage with them. If you develop feelings for someone before you’re in a position where you could get married to them, then you’re doing something wrong.

Struggle then against yourself as you would struggle against an enemy. Refuse to listen to a wish, to dwell even upon a possibility, that opens to your present idea of happiness. All that in the future may be realized probably hangs upon this conflict. … I only require from you what depends upon yourself, a steady and courageous warfare against the two dangerous undermines of your peace and of your fame, imprudence and impatience.

If not for the slightly out-dated language, you might think I quoted this from a courtship book written within in the past ten years or so. Actually, this quote is from the novel Camilla, first published in 1796 by Frances Burney. It’s part of the letter a pastor writes to his daughter, and is based on 18th century conduct books. Camilla’s father urges her not to let the man she is attracted to learn of her affection, because as a woman it is her duty to “retire to be chosen” by a man rather than seek out a man she loves. It doesn’t turn out quite like he planned, though, since Edgar is waiting for a sign that Camilla has feelings for him before he confesses his attraction to her. They spend much of the 913 pages of this novel miserable because neither one thinks they can properly and decently give the other a hint about how they feel.

There are oodles and oodles of songs and stories about heartbreak. Two people fall in love (or at least become quite attached to each other), have a relationship, then the relationship ends and one or both people end up with “broken hearts.” One thing this model presupposes is that you have to be in a relationship in order to get your heart broken. I don’t think that is the case. You can experience the feeling of heartbreak without actually having been in a relationship with someone.

This is one of the things the courtship movement got right — if you let yourself get attached to someone, there’s always the chance that they can hurt you, even if it’s simply by not returning your feelings. Courtship phrased this as “giving away pieces of your heart,” and said the reason it’s a bad idea is because then you don’t have as much heart left to give the person you actually do marry (which is really a ridiculous idea when you think about it; it’s not like we’re born with a set amount of love that we have to dole out sparingly, but problems with the courtship movement is a topic for another day).

I’ve never been in a romantic relationship, but even so I feel like my heart’s been broken a few times. It’s largely my own fault, too — I let myself get pretty close (emotionally) to a few guys I liked, and nothing came of the relationships. But would I have been better if I’d tried to keep myself from feeling anything at all, as Camilla’s father suggests? I really don’t think so.

Being open to the possibility of heartache is a prerequisite for entering any kind of relationship. The people who know us best and who we are closest to are those who are most capable of loving us, but they are also the people who could most easily hurt us. If we want to gather people around us to love and be loved by us, we have to take risks. We have to have the strength to be vulnerable.

To love someone fiercely, to believe in something with your whole heart, to celebrate a fleeting moment in time, to fully engage in a life that doesn’t come with guarantees – these are risks that involve vulnerability and often pain. But, I’m learning that recognizing and leaning into the discomfort of vulnerability teaches us how to live with joy, gratitude and grace.” ― Brené Brown, from “The Gifts of Imperfection” 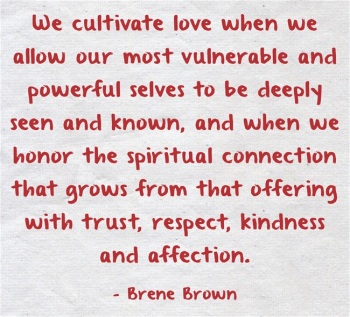 Now, we should exercise a certain amount of caution when letting people get close to us. Some people simply cannot be trusted with your heart, but you usually don’t know who these people are until you start to get to know them. The key is to be vulnerable in stages. Don’t pour out all your thoughts, emotions, and self into someone you just met. You do, however, need to start connecting to people authentically if you want to develop relationships. Locking everyone out might keep them from breaking your heart, but you’ll end up lonely if you try that and loneliness can feel an awful lot like heartbreak.

Brene Brown has a great TED talk about this subject. She says that the people who have “a strong sense of love and belonging” see vulnerability as fundamental. They share a willingness “to say ‘I love you’ first, the willingness to do something where there are no guarantees … to invest in a relationship that may or may not work out.” It’s not easy, and it’s not guaranteed to keep you safe, but I think it is better to risk getting close to people than fighting your human desire for connection “as you would struggle against an enemy.”