I like typing fictional characters because they offer good examples for how the different types can show up in “real life.” This project, though, is mostly for fun. I’ve written posts typing Disney princesses and heroines, and I also have  a two part post on this blog typing Disney villains. Seemed like it’s about time for the Disney princes and heroes to get their own posts as well.

There are so many Disney princes and heroes who could go on this list that I had to make some tough choices about who to include. The characters I picked: appear in an animated Disney film, they’re human, they’re fairly popular/well-known, and I’ve seen the movie they’re in. I’ve put half in this post and half in Part One (click here to read that). 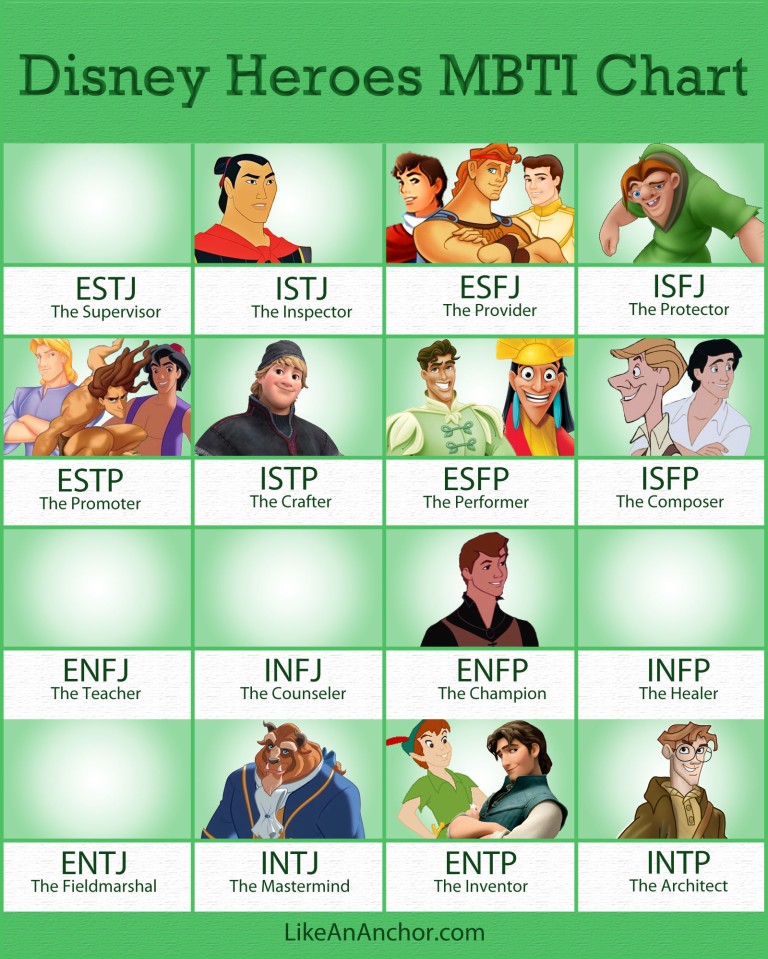 I don’t like using stereotypes as a basis for typing characters, but I’m afraid that’s what I’ve done in some of these descriptions. When the characters development doesn’t go really deep (some of these princes don’t even have names!), we just have a few key characteristics to base our typing on and you have to try and match them with defining traits of a personality type. Unfortunately, sometimes that means relying on an overly simplistic view of each type. Just wanted to make that disclaimer before we dive into talking about Milo, Prince Naveen, Rodger Radcliff, Prince Philip, Peter Pan, Prince Charming, Snow White’s Prince, Quasimodo, and Tarzan. END_OF_DOCUMENT_TOKEN_TO_BE_REPLACED