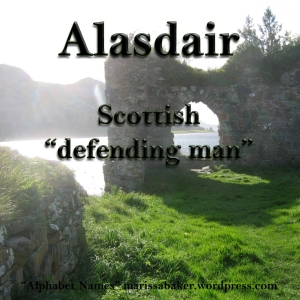 I recently set up an account with my favorite name website, NameBerry. For me, it’s almost as potentially addictive as Pinterest — I could spend hours browsing names, interacting with other writers, and discussing the best names for other people’s children. One of the forum topics I stumbled across last week was about favorite names from each letter of the alphabet.

When I tried to fill out the alphabet chart, there were some letters (A, C, and S) that were hard to narrow down to just one name each for boys and girls. Other letters (O and U), I had hard time finding anything I liked or would actually use even on a fictional person. It was fun, though, and I decided to share it here as well as on that site. 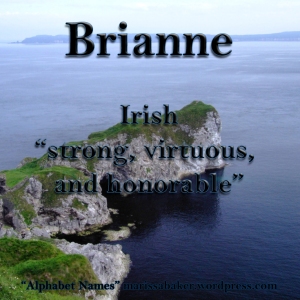 I’ve mentioned my name obsession before, along with a few of my favorite names. This list is longer, and includes a few that I like the sound of more than the meaning. The two that aren’t linked to NameBerry or another website are from fantasy stories. Brigan is my favorite character from Kristian Cashore’s book Fire, and while it is used as a last name there doesn’t appear to be a distinct meaning. Faramir is from Tolkein’s Lord of the Rings and means “sufficient jewel” or “jeweled hunter” in Elvish. 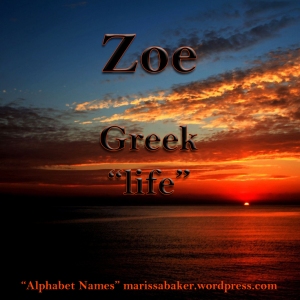