This blog post is, like my last posts, inspired by something I heard while keeping the Feast of Tabernacles (Sukkot) this year. In this case, though, it was something I disagreed with. During a Bible study, the study leader said that ordained ministers receive an “extra measure” of the Holy Spirit. That teaching is an old one, but is it correct? I wasn’t sure. Another thing that didn’t sit right with me was several speakers calling groups other than those like ours “nominal Christianity.”

I talked these two points over with several friends at our Feast site, and was relieved to find I wasn’t the only one bothered by them or suspicious that they didn’t have a solid scriptural basis. So the question is, who does God give His Spirit to, and how much do they get? and does it vary depending on the individual’s role in the church, or what church they attend? 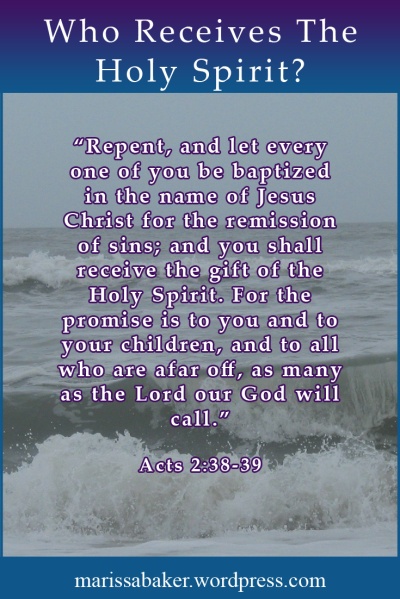 (For a quick over-view of my beliefs about what the Holy Spirit is, click here)

God has been giving His Spirit to believers apparently from the very beginning. David prayed, “do not take Your Holy Spirit from me” (Ps. 51:11), and Peter said “the Spirit of Christ” was in the Old Testament prophets (1Pet. 1:10-11). The Spirit wasn’t readily available, though, until after Christ’s sacrifice and ascension — “the Holy Spirit was not yet given, because Jesus was not yet glorified” (John 7:39).

The disciples received the Holy Spirit dramatically at Pentecost in Acts chapter 2. As part of his sermon that day, Peter told others what they had to do in order to receive the Holy Spirit.

Then Peter said to them, “Repent, and let every one of you be baptized in the name of Jesus Christ for the remission of sins; and you shall receive the gift of the Holy Spirit. For the promise is to you and to your children, and to all who are afar off, as many as the Lord our God will call.” (Acts 2:38-39)

This simple formula gives the Holy Spirit after baptism and repentance in the name of Jesus Christ to everyone who God decides to call. There were exceptions to this order — namely the gentiles who were given the Spirit before baptism in Acts 10 — but the Holy Spirit is only given to those who 1) believe in Jesus and 2) are called by God.

The Called, Who Ask

The first requirement for receiving the Holy Spirit is being called by God since we can’t get to Jesus without that calling (John 6:44). Who receives a calling is entirely up to God. It is a gift of grace that cannot be earned (Gal. 1:15; Rom. 9:11), which is given “according to His purpose” (Rom. 8:28).

I do think, however, that someone can ask for a calling. The Father is actively seeking those who will worship “in spirit and in truth” (John 4:23), and Jesus tells us that if we ask, seek, and knock persistently, God will respond (Matt. 7:7). 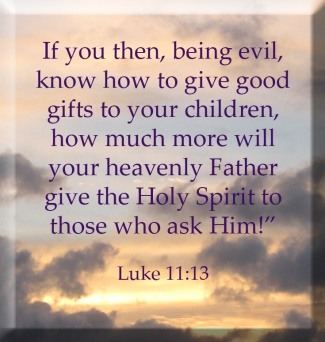 God choses who to call, but He does respond to sincere seeking of Him. If someone hears the gospel preached and wants to learn more, God will see that. We’re not called because of our works, but God does call those who will do good works, obey Him (Acts 5:32), and commit to becoming holy (2 Thes. 1:11; 1 Thes. 2:12; 4:7).

If you then, being evil, know how to give good gifts to your children, how much more will your heavenly Father give the Holy Spirit to those who ask Him!” (Luke 11:13)

Once God calls us, He gives us to Christ (John 6:65; 17:11). Jesus is the only one who can provide salvation (Acts 4:12), and that’s why the converts in Acts were all “baptized in the name of the Lord Jesus Christ” (Acts 8:16; 19:5). With the exception of the Gentiles mentioned earlier (who God used to show He was opening up salvation to non-Jews), the Spirit is given after baptism. We have two examples of disciples being baptized, but not receiving the Spirit until an apostle prayed and laid hands on them. This happened in Ephesus (Acts 19:1-6), and in Samaria.

Now when the apostles who were at Jerusalem heard that Samaria had received the word of God, they sent Peter and John to them, who, when they had come down, prayed for them that they might receive the Holy Spirit. For as yet it had fallen upon none of them. They had only been baptized in the name of the Lord Jesus. Then they laid hands on them, and they received the Holy Spirit. (Acts 8:14-17)

There aren’t really apostles today, but the principle, I think, stands. God typically gives the Holy Spirit to someone after they’ve made a commitment through baptism, and after a more mature believer who already has the Holy Spirit prays and lays hands on them.

Those Who Use It

On the question of whether some people get more Holy Spirit than others, I’ve only found two scriptures that talk about how much Spirit an individual is given. In 2 Kings 2, Elisha asked for, and is given, “a double portion” of “the spirit of Elijah” (2 Kings 2:9-12, 15). Then in the New Testament, John the Baptist explains that Jesus received an unlimited supply of the Holy Spirit.

For He whom God has sent speaks the words of God, for God does not give the Spirit by measure. The Father loves the Son, and has given all things into His hand. (John 3:34-35)

You could extrapolate from this that people other than Jesus are given the Spirit “by measure” (i.e. “a limited portion,” Strong’s G3358). It makes sense that we would all have less Holy Spirit than Jesus because we are infinitely less worthy. But I can’t find scriptures that clearly support the idea you’ll find in some churches that ordained leaders are given an “extra measure” of the spirit compared to other believers.

On the contrary, we find several scriptures that remind us God is not a respecter of persons. He opened salvation to the Gentiles because “God shows no partiality” (Acts 10:34). He wants us to treat people fairly “knowing that your own Master also is in heaven, and there is no partiality with Him.” (Eph. 6:9, see also James 2:1-9). He will judge everyone righteously by looking at “each one’s work” “without partiality” (1Pet. 1:17).

God doesn’t show partiality in how He distributes the Spirit, but we can affect how much Spirit is available to us by whether or not we use it well.

Therefore I remind you to stir up the gift of God which is in you through the laying on of my hands. For God has not given us a spirit of fear, but of power and of love and of a sound mind. (2 Tim. 1:6-7) 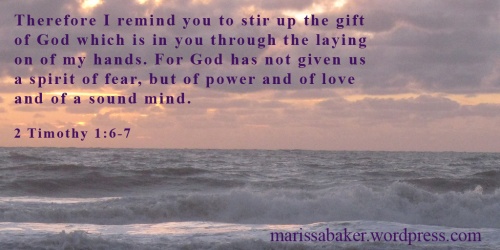 God gives the Spirit to whomever He wants. These are people who seek a relationship with Him, who ask for His Spirit, and who believe in Jesus Christ. Once given the Spirit, our actions determine how well we can use it. We can either stir up the Spirit we’re given so it burns brighter, or suppress it till it flickers and dies in us. That’s our choice. The closer we draw to God, the more powerful His presence will be in us. That’s what determines who gets the Holy Spirit and how much they can use — the individual believer’s relationship with God. It doesn’t matter whether you’re ordained, and where you go to church only matters in so far that you’re attending a church which preaches God’s truth. What matters most is that you’re following God the way He commands.

4 thoughts on “Who Receives The Holy Spirit?”