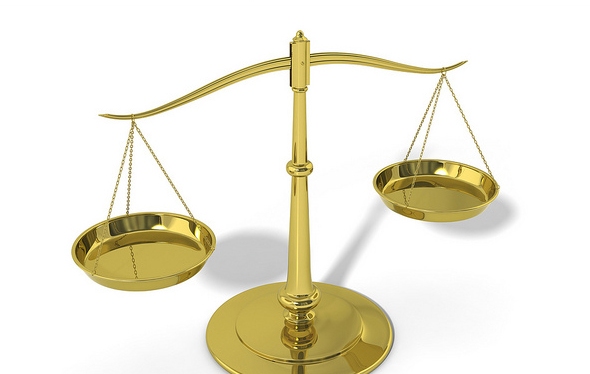 I’ve been rather preoccupied with the idea of Balance lately, both in the world around me and internally. A lack of balance frustrates me so much and yet many people seem to gravitate toward polarities rather than searching for middle ground.

Let’s look at Christianity for a quick example. I’m not sure if this is the case in your churches, but in the groups I attend the question of Sacred Names comes up every once in a while. One the one hand, you have people who only use the Hebrew names like Yahweh and Yeshua and claim others “have rejected the name of their God.” I’ve even heard of people who won’t talk with other Christians unless they can pronounce the sacred names “correctly” (which varies depending on who you talk with). Then on the other hand, you have people who say Sacred Namers have fallen into “a satanic doctrine that leads people into idolatry.”

It just seems so ridiculous to me. To the first claim, if God wanted us all speaking Hebrew He wouldn’t have confused the languages at the tower of Babel. Also, I’m pretty sure He speaks every language you can possibly use — there’s no worry that God won’t be able to understand you. But then to the second claim, if people want to use the Hebrew names, let them! It’s often the most precise way to distinguish between different names of God used in the Bible, and there’s no reason not to use them (I frequently do myself).

See, balance! but for some reason, humans prefer to get offended and go to one extreme or another. And extremes are dangerous. Continuing this example, if you start teaching correct pronunciation of sacred names is the only way to get in touch with God, you’ve set up a hoop for people to jump through before they can get to God. At best, this is the sort of thing Jesus condemned the Pharisees for. But then reacting against the idea of sacred names so much that you condemn people as Satanic for using God’s Hebrew names isn’t good either — that demonstrates condemnation and a lack of love.

I can’t control everyone else. I can’t force people to seek balanced interactions or consider that, just maybe, the truth might lie somewhere between two strong opposites. But I can take responsibility for balancing my own life.

In yoga, I’ve been working through Yoga With Adrien’s 30 Days of Yoga Camp, which is more mantra-based than any yoga I’ve done before. I was a bit worried about it going in a creepy “free your mind” direction (I’ve addressed my views on balancing Christians and yoga in another post), but it’s been truly amazing. They’re all positive affirmations, and I’m using the discipline I learn from yoga movements and breath to focus my thinking. Which is important, since my thoughts tend to work something like this:

In this sense, my search for balance has been about developing the self-control not to let my mind wander wherever it likes. I love my INFJ imagination, but it can hijack attempts to focus on useful things (even imaginatively useful things, like editing my novel or finishing a story story). This yoga practice has also been about trying to let go of recurring frustrations with imbalanced things I see around me but can’t seem to do anything about.

This focus on Balance might have started when I began watching Star Wars again. My favorite version of the Jedi code (the original wording, according to Legend) relies on a balance rooted in self-control. My favorite Rey theory is also rooted in the idea of balance.

I actually found myself repeating the first four lines to help me calm-down and focus the other day (I’m not enough of a Star Wars nerd to think “Death, yet the Force” has any applicability in real life). I love the imagery of accepting that there is emotion, ignorance, passion, and chaos in the world, but that we can tap-into peace, knowledge, serenity, and harmony at the same time. That’s balance — unlike the other Jedi Code which follows the pattern “There is no emotion, there is peace.” We can’t have balance while denying a part of ourselves.

Of Lakes and Rivers

This focus on finding balance within might seem too self-centered for a Christian. But part of being balanced involves outward sharing as well as gathering in. In a lake, the ecosystem is only balanced if there is in-flow and outflow. A lake with no outlets becomes like the Dead Sea. A lake with nothing flowing into it dries up completely.

A balanced person doesn’t hoard everything to themselves, nor do they give constantly without taking time to re-fill. We can’t share the Holy Spirit if we’re not cultivating a close relationship with God, but we also won’t get closer to God without sharing Him with others and letting His spirit flow out from us. We can’t grow personally if we spend all our time hiding, but we’ll also burn-out if we’re constantly giving of ourselves to other people. We need to care for ourselves and take time to re-charge, then we’ll be able to serve others from a place of fullness.

2 thoughts on “Searching For Balance”