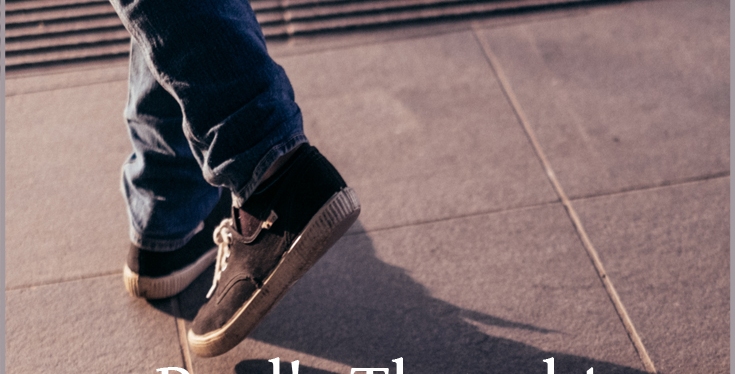 In 1 Corinthians 11:1, Paul said, “Be ye followers of me, even as I also am of Christ” (KJV). If we want a how-to guide for the way Paul follows Jesus, we can find a succinct version in the 3rd chapter of Philippians. This chapter is a bit unusual. Rather than speaking generally to his fellow believers or addressing a specific issue in the church, Paul gets real about his own walk of faith.

We break into the middle of the letter to the church in Philippi. Paul has been warning against “dogs, “evil workers,” and “the mutilation.” He gives a general principle that physical things like circumcision aren’t what determines whether or not you’re part of God’s chosen people. “We are the circumcision,” he writes, “who worship God in the Spirit, rejoice in Christ Jesus, and have no confidence in the flesh” (Phil. 3:2-3). He then shifts to using himself as an example.

What a pedigree! Under the Old Covenant, Paul was as perfect as you could get. There was no stain on his Israelitish lineage. His parents kept the Law and had him circumcised. He became an elite leader in the Jewish community and an expert in the Law, which he kept to the letter. He even actively persecuted heretics.

Then, suddenly, Jesus Himself showed up and told Paul those weren’t heretics. The Messiah had come and Paul was fighting the next step in God’s plan. In response, Paul gave up power, prestige, and (parts of) the belief system he’d poured his entire life into to follow Jesus. And that’s an aspect of Paul’s life that we’re supposed to imitate.

But what things were gain to me, these I have counted loss for Christ. (Phil. 3:7)

Not all of our conversions are as spectacular as Paul. For those (like me) who grew up in the church, we might not even feel like we had “conversion” at all — we just kind a slid into faith. But whatever our individual backgrounds, at some point we have to make the choice to actively follow Jesus Christ if we’re going to be part of His church. And that means giving up things are aren’t in line with His way of life.

Paul didn’t give up his former life grudgingly. He didn’t even act like he missed it. The stuff he’d prized for so long didn’t matter at all compared to what he was learning now. Following Jesus became his chief desire. He truly valued the weight of the glory being revealed (to borrow a phrase from C.S. Lewis).

Yet indeed I also count all things loss for the excellence of the knowledge of Christ Jesus my Lord, for whom I have suffered the loss of all things, and count them as rubbish, that I may gain Christ (Phil. 3:8)

Paul didn’t miss what he’d given up because he knew that what he could gain was so much greater. The Old Covenant and the Law were good, but not flawless (Heb. 8:7-13). There was a problem with people that made it impossible for them to keep covenant with God perfectly. Paul knew this, and he knew the scriptures promised Messiah would come with a new covenant. Once he recognized Jesus as the Messiah, nothing less would satisfy him.

and be found in Him, not having my own righteousness, which is from the law, but that which is through faith in Christ, the righteousness which is from God by faith; that I may know Him and the power of His resurrection, and the fellowship of His sufferings, being conformed to His death, if, by any means, I may attain to the resurrection from the dead. (Phil. 3:9-11)

We could write books about the knowledge packed into these three verses. Here we read about Paul’s willingness to give up everything else so he can search out Christ and be discovered by Him (“found,” G2147, heurisko) and the struggle to live righteously under the Law replaced by the true righteousness God imputes to faithful believers. He tells us about the goal of this — to come to know the Messiah Himself, to understand and experience the power of His resurrection, to have fellowship with His sufferings, to be “buried with Him in baptism” (Rom. 6:4; Col. 2:12), and then, finally, to arrive at and/or attain to (G2658, katantao) the resurrection of the dead.

Those verses about fellowship with Christ lead-in to a strong refutation of the sort of “once saved always saved” doctrines that teach if you acknowledge Christ as your savior you’re guaranteed a place in heaven without doing anything else. Paul clearly recognized Jesus as the Messiah and as his personal savior, yet he wrote this:

Not that I have already attained, or am already perfected; but I press on, that I may lay hold of that for which Christ Jesus has also laid hold of me. Brethren, I do not count myself to have apprehended; but one thing I do, forgetting those things which are behind and reaching forward to those things which are ahead, I press toward the goal for the prize of the upward call of God in Christ Jesus. (Phil. 3:12-14)

The Apostle who wrote 23% of the New Testament text (more if Hebrews is his) didn’t think his position in God’s kingdom was a sure thing. He had faith that the Lord wouldn’t fail, but he also knew part of this depended on Paul. He had to press forward and take hold of the purpose for which Jesus laid hold of him when He made him His own. There is an end goal to our calling and we must run after it, not stagnate in the same condition as when we were called.

Therefore let us, as many as are mature, have this mind; and if in anything you think otherwise, God will reveal even this to you. Nevertheless, to the degree that we have already attained, let us walk by the same rule, let us be of the same mind. Brethren, join in following my example, and note those who so walk, as you have us for a pattern. (Phil. 3:15-17)

We’re meant to have the same mindset regarding these matters as Paul, and be unified as a body of believers. To do otherwise would be to walk as “enemies of the cross of Christ” with our minds set “on earthly things,” as many already do (Phil. 3:18-19). We must not let this be a description that could apply to us!

For our citizenship is in heaven, from which we also eagerly wait for the Savior, the Lord Jesus Christ,  who will transform our lowly body that it may be conformed to His glorious body, according to the working by which He is able even to subdue all things to Himself. Therefore, my beloved and longed-for brethren, my joy and crown, so stand fast in the Lord, beloved. (Phil. 3:20-4:1)

Having a relationship with Jesus the Messiah and pursuing the resurrection by following after Him are goals more precious than anything in this life. We can’t afford to let ourselves get distracted from this by things we already have or want here on the physical earth. We must “press toward the mark” with our whole being, walking in unity and faithfulness to God’s word.