I’ve been trying to get caught-up on my reading for my Classics Club book list that I started almost 5 years ago. This also involves blogging about the books I’m reading in the hope that we can spread our love for classic literature all over the internet. Interestingly, the last two books I read have some similar themes and it made sense to group them together. Which is good, since book reviews aren’t the main focus of this blog.

This Side Of Paradise

This Side of Paradise was F. Scott Fitsgerald’s debut novel (published in 1920). Its publication famously helped Fitzgerald gain Zelda Sayre’s hand in marriage because he was convinced he could win her back if he became a published novelist. It must have worked, since they married just 8 days after the novel’s first printing. The initial print run of 3,000 copies sold out in three days. 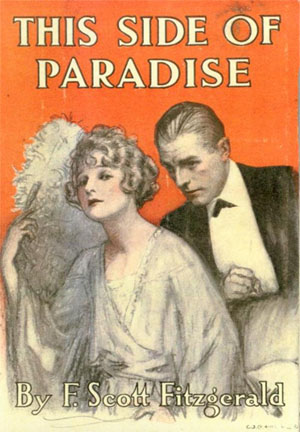 I’ve read and enjoyed Fitzgerald’s most famous work, The Great Gatsby and his unfinished novel The Last Tycoon, so I was eager to read this one. I didn’t enjoy This Side of Paradise nearly as much as I did the other two, though I did find the style interesting. The novel opens with “Book One: The Romantic Egoist” and is told in a rambling style that sometimes features isolated vignettes (almost like inset short stories) and other times flows from chapter to chapter more like a traditional novel. The middle interlude is composed entirely to two letters. “Book Two: The Education of  Personage” is written as a play in several sections, then switches back to more traditional prose.

In terms of plot, the book follows the life of Amory Blaine. We begin in childhood, follow him though and later Princeton University, spend a very short time on his service in WWI, then return to the states for Amory to fall madly in love with a woman who rejects him. Though Amory thought of himself as exceptionally bright with a promising future, by the end of the story he has archived very little in the material sense. He has, however, learned about himself. The book ends with Amory’s words, “I know myself, but that is all.”

I probably would have enjoyed This Side of Paradise more if I were reading it for a class where we’d discuss the book, but reading it by myself I found my thoughts wandering quite a bit. I didn’t particularly like any of the characters, which is fine if you’re mostly reading to engage with the ideas the author is writing about but without someone around to discuss the book with it just felt like a bit of a let-down. I also don’t think the plot aged as well as The Great Gatsby, which is very accessible to modern readers even though it’s set during Prohibition.

I read one of Kate Chopin’s short stories, “Desiree’s Baby,” for a class back in college and I heard about The Awakening then. I didn’t originally have it on my Classics Club list. I only added it now because I wanted to check-out the literary style as research for a short story I’m editing. And since it’s a classic I decided to count it toward the 50 books on my list. 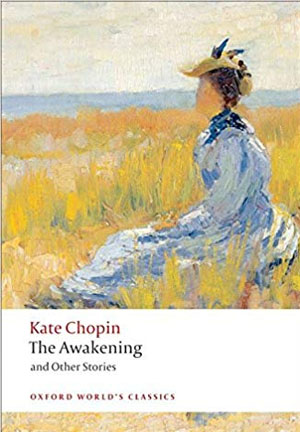 On the surface, The Awakening (published in 1899) is simply a short book about Edna Pontellier’s marital infidelity. But it’s also considered one of the first feminist works that explores the inner workings of a woman’s mind as she awakens to a version of herself that doesn’t fit neatly inside her society’s expectations. Her husband “could see plainly that she was not herself. That is, he could not see that she was becoming herself and daily casting aside that fictitious self which we assume like a garment with which to appear before the world.”

I can’t exactly say I liked the book, but I do admire and enjoy Chopin’s writing style. The ways she uses words is lovely, sensuous, and evocative. In many ways, it paired well with This Side of Paradise as books to read back-to-back. Both main characters are discovering themselves and their true natures, and one way they do that is through a series of romances. Amory had a much happier ending than Edna, but the similarities are still there.

I wonder if perhaps Edna might have not met such a tragic end if she’d had the opportunity, like Amory, to explore different aspects of her personality at a younger age and before her marriage. Those few decades between the end of the Victorian era in The Awakening and the early 20th century of This Side of Paradise made a huge difference in what was and was not acceptable behavior for young men and women.