A second princess, another key to the treasure, and a cruel king desperate to squelch the growing rebellion.

If you’re looking for a wholesome and sweetly romantic series for your teens and young adults (or yourself — there’s no age limit!) then you’ll want to check out Jody Hedlund’s new Lost Princesses fairy tale series. The series started with prequel novella Always and novel Evermore, and now it continues with Foremost.

The story of Foremost

Raised in an isolated abbey, Lady Maribel desires nothing more than to become a nun and continue practicing her healing arts. She knows nothing outside her cloistered world but that doesn’t bother her much. She has all the friends she needs in the nuns, their protector Wade, and her fellow orphans Edmund and Collette. Sure she feels trapped sometimes and longs for a little adventure before settling down, but she does intend to take her vows and settle into life as a nun.

Adventure finds her with the arrival of an unexpected visitor who reveals Maribel’s true identity as one of the three lost princesses. With wicked King Ethelwulf’s soldiers hunting her, Maribel must leave the abbey and travel to join her sister, Queen Adelaide Constance. Edmund goes with her as her protector, hoping and praying she won’t discover that he loves her as far more than an adopted sister. He will not stand in the way of her dreams to become a nun and a healer, no matter what it costs him.

Of course, we all know how these kinds of stories go so it comes as no surprise that romance ensues in spite of Edmund’s best efforts to keep a secret that everyone except Maribel already knows. There’s also plenty of adventure along the way, with attacks by giant spiders, travels through a deadly labyrinth, and perils from pursuit and pestilence. 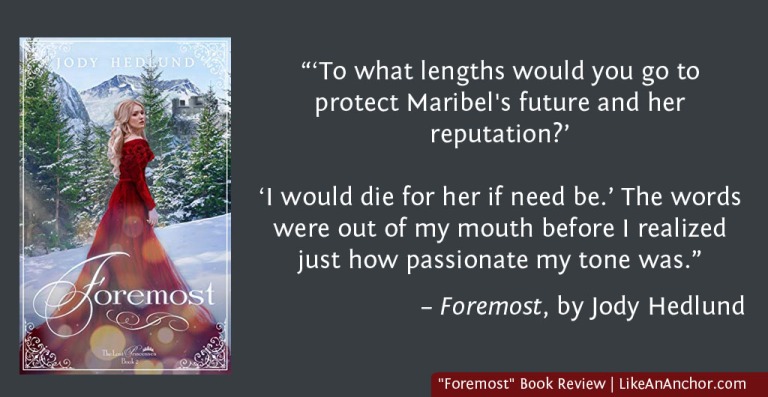 Though I did enjoy this book, I liked the story far more than the characters. Characters usually make or break a book for me, so not connecting well with Maribel in particular made this book less enjoyable for me personally than the first two in this series. I understand why she’s written the way she is. Her character is well-developed and consistent. I just didn’t like her.

To tie this point in with one of the main things I talk about on this blog, I think my problem with Maribel has to do with personality type clashes. As an FJ type in the Myers-Briggs system, I put a high value on harmony in groups, fulfilling social expectations, and paying attention to how your behaviors and decisions affect others. Maribel (who I think may be an ISFP type) is completely clueless about how she affects others and doesn’t care about social expectations. It made me downright uncomfortable to have her care so little for how others saw her relationship with Edmund or to read about how blind she is to how she affects him.

In all fairness to Maribel, she was raised in an isolated abbey and doesn’t have the social frame of reference that most other people would. She also has a very clear idea of who she is and why she does certain things, and it’s hard for her to understand why she’s misinterpreted. And by the end of the story, she has learned more about herself and has her eyes opened to how selfish some of her behavior can be. I did like her much better by the end. 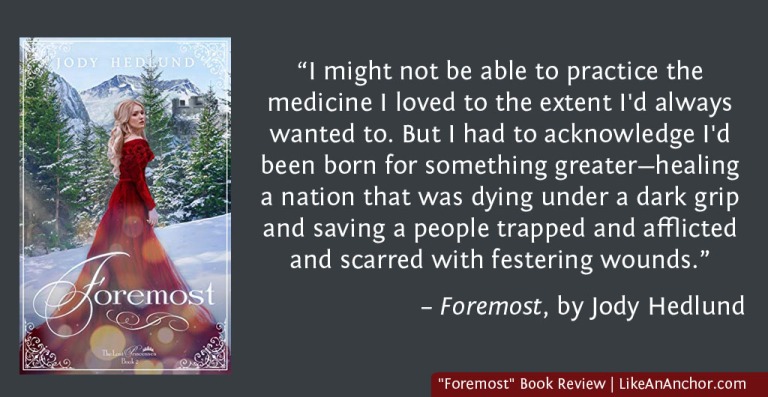 Thoughts on the series

As I mentioned in my review for Always and Evermore, parts of the world building bother me because some of the place names and referenced characters share names with real-life locations and figures, though they’ve been transported to a different setting. It still bugs me, even though the fairy tale setting is so well developed by now that it’s impossible to mistake these books for historical fiction (as I initially did with the first books). This is probably just a “me problem” because I care too much about British history and fantasy world building.

That said, I love the new fairy tale elements that Jody Hedlund added with Foremost. The Fera Agmen (people who’ve developed the rare skill of speaking with animals) are a particularly nice touch. And there are dragons! (well, one creature very much like a dragon). I also like the direction she’s taking with the labyrinth and how that ties-in with mythology tropes.

The final chapter has me eagerly looking forward to the next book in this series, Hereafter (which will be released Oct. 29). Since the end of Evermore I’ve been hoping to learn more about Prince Ethelrex’s character and now it seems we’ll be getting a whole story following him and the third lost princess, Emmeline. I can’t tell you how excited I am for this story (I have a thing for arranged marriages and marriages of necessity in fiction) and I’m pretty sure it will be my favorite of the series.

Always and Evermore are available to read right now. You can order Always by clicking here

and order Evermore by clicking here

Foremost will be released on September 24th. You can pre-order the e-book by clicking here

and the paperback by clicking here

My thanks to Northern Lights Press and Jody Hedlund for an ARC of these novels in exchange for an honest review.