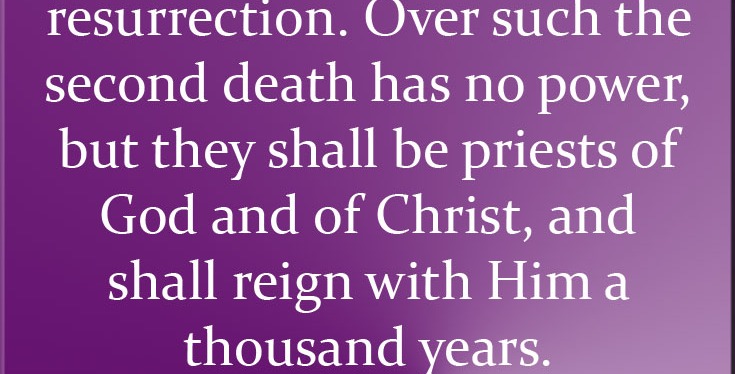 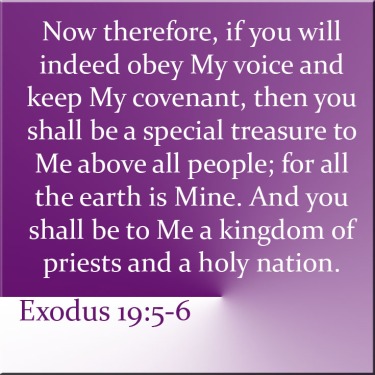 Last week we talked about the future, and what the people of God might be doing in the tribulation leading up to Christ’s return. Today, let’s go a bit father into the future. In Revelation 20, we’re told that the devil will be locked away for 1,000 years while the faithful live and reign with Christ (20:4). At the end of the Millennium, he is released and those who join his rebellion against God are destroyed, and Satan is locked away (20:7-10). This is followed by the second resurrection and final judgement of the dead who were not counted among the firstfruits.

From this point on, we have very little detail. Revelation 21 and 22 gives descriptions of the New Jerusalem and the new heaven and new earth, and we’re told there will be “nations of those who are saved” (21:24). We know “the Lord God Almighty and the Lamb are its temple” giving light to the entire world (21:22; 22:5). One thing we don’t know is exactly what we’ll be doing there. Most speculation I’ve heard assumes we’ll be helping Christ re-build the world and counsel survivors of the tribulation through the Millennium. Some have suggested we might spread out and colonize other planets after that. But we really don’t know. I’ve always thought that if it was really important for us to know, God would have told us. A message I heard a couple weeks ago, though, has me wondering if He did give us some clues after all.

The Rabbi at my Messianic group was talking a couple weeks ago about patterns that God sets up in how He runs things. In ancient Israel, the Levites were a tribe set apart for God, which this speaker connected to our role today as God’s called-out people. The Rabbi’s focus was on how that affects us today, but I wondered if it might carry over into the future as well, with God re-using this pattern.

The Levites — 1 tribe out of 12 — were specifically set aside for God to serve in His tabernacle. Verse 11, here in Numbers 8, calls them “a wave offering from the children of Israel, that they may perform the work of the Lord.” Similar wording is used today, as we’re called to present ourselves to God as an offering.

I beseech you therefore, brethren, by the mercies of God, that you present your bodies a living sacrifice, holy, acceptable to God, which is your reasonable service. (Rom. 12:1)

Our lives aren’t our own. When we commit to following God, we pledge everything we are to His service. We are His, and just as He said the Levites “shall be Mine,” so He can call each of us His because He redeemed us.

Because of the events that happened on Passover, when the Lord rescued Israel from Egypt, all the firstborn were holy to Him. Instead of having all the firstborn sent to serve in the tabernacle, though, He set aside one tribe for that role. In much the same way, Jesus Christ’s sacrifice made redemption possible for all people, but right now He’s only working with the firstfruits.

Or do you not know that your body is the temple of the Holy Spirit which is in you, which you have from God, and you are not your own? For you were bought at a price; therefore glorify God in your body and in your spirit, which are God’s. (1 Cor. 6:19-20)

We are purchased with Christ’s blood, bought-back from our enslavement to sin so we can serve God (Rom. 6:15-23). That’s not a role that’s going away any time soon.

And there shall be no more curse, but the throne of God and of the Lamb shall be in it, and His servants shall serve Him. They shall see His face, and His name shall be on their foreheads. There shall be no night there: They need no lamp nor light of the sun, for the Lord God gives them light. And they shall reign forever and ever. (Rev. 22:3-5)

This is in the description of the New Jerusalem. Right before this, it talks about “the nations” who walk in God’s light and are healed by the tree of life (Rev. 21:24-22:2). Then, we see God’s servants mentioned as a separate group. Could that be those who were firstfruits, continuing in their role as servants especially chosen for God’s holy use?

Not all the Levites served as priests. Even within the tabernacle service there were different roles and responsibilities. Most notable was the fact that there was only one high priest at any given time. Today, the role of High Priest is held by Jesus Christ (Heb. 8:1-6), whose perfect sacrifice fulfilled the sacrifices offered by the Old Covenant high priests. So, where did the rest of the Levites fit in?

Here, the Levites are described as a gift given to the high priest for service in the tabernacle. This is repeated several chapters later.

Behold, I Myself have taken your brethren the Levites from among the children of Israel; they are a gift to you, given by the Lord, to do the work of the tabernacle of meeting. (Num. 18:6)

This sounds a lot like Jesus’ prayer on the night in which He was betrayed.

I pray for them. I do not pray for the world but for those whom You have given Me, for they are Yours. And all Mine are Yours, and Yours are Mine, and I am glorified in them. (John 17:9-10) 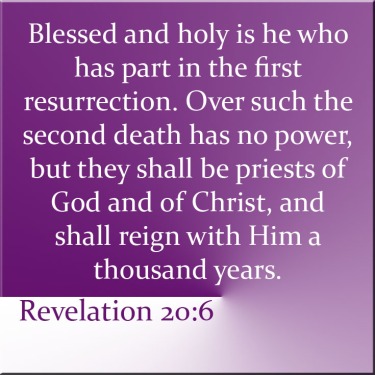 God has given us to His Son, our High Priest, to serve and glorify Him. As quoted earlier, we are God’s temple today. That’s where priests serve — in the temple (or the tabernacle, at the time when Numbers was written). Jesus is in His church as the High Priest in His temple, and we’re right there serving with Him.

But you are a chosen generation, a royal priesthood, a holy nation, His own special people, that you may proclaim the praises of Him who called you out of darkness into His marvelous light (1 Pet. 2:9)

Even today, God’s people are described as a priesthood. That role continues into the future — definitely into the Millennium, and quite probably beyond.

Blessed and holy is he who has part in the first resurrection. Over such the second death has no power, but they shall be priests of God and of Christ, and shall reign with Him a thousand years. (Rev. 20:6)

When you look back at the book of Numbers, both passages we quoted about the Levites’ role as helpers to the high priest emphasized service. That’s also the common thread uniting the two descriptions of God’s people in the future as servants and priests. If we want to work on something that will carry over into the future, serving God by serving His people seems a good place to start. There is an aspect of our future that involves ruling, but to learn to rule with Christ, we must first learn to serve. That’s what Christ did and does (Phil. 2:5-9), it’s what Paul did (Phil. 2:17-18), and that’s what we should be doing.